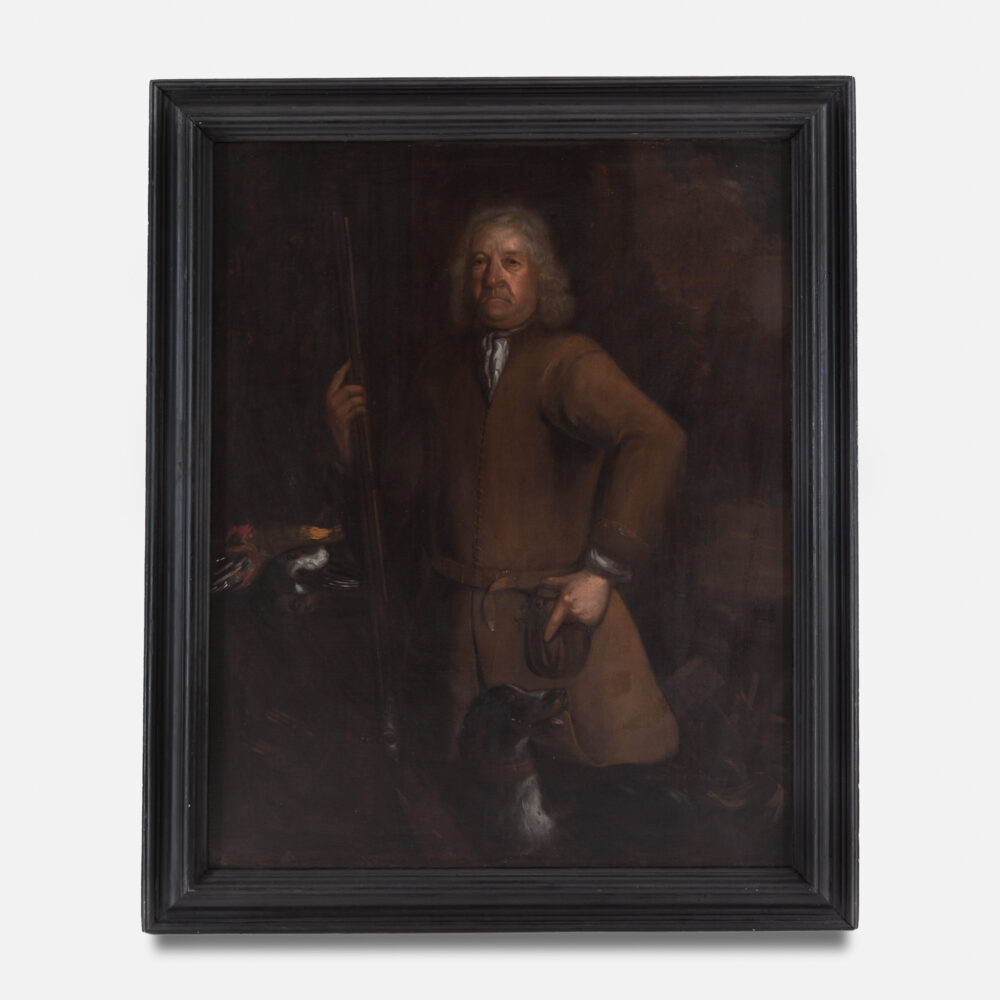 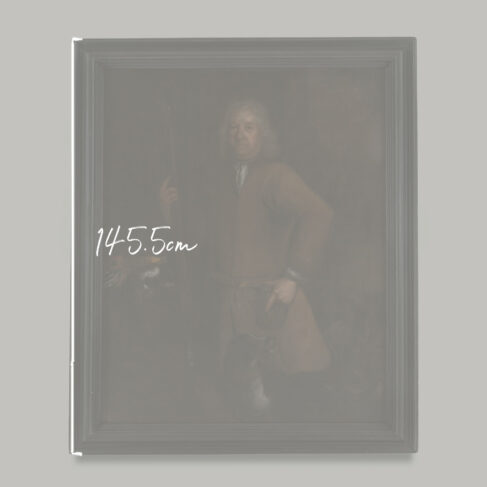 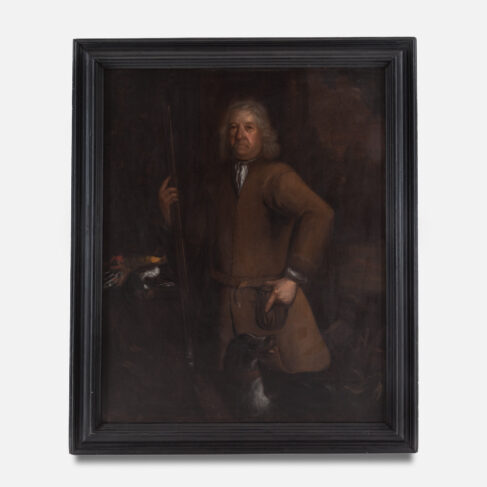 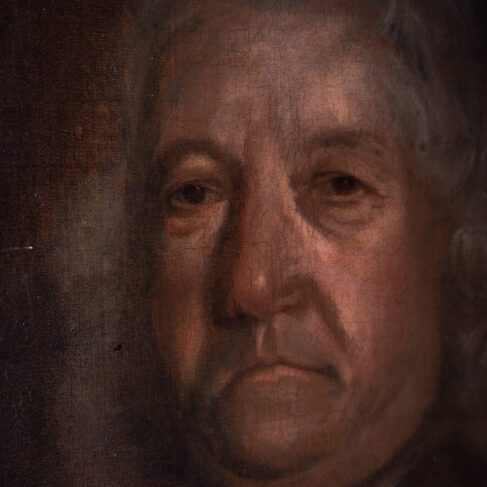 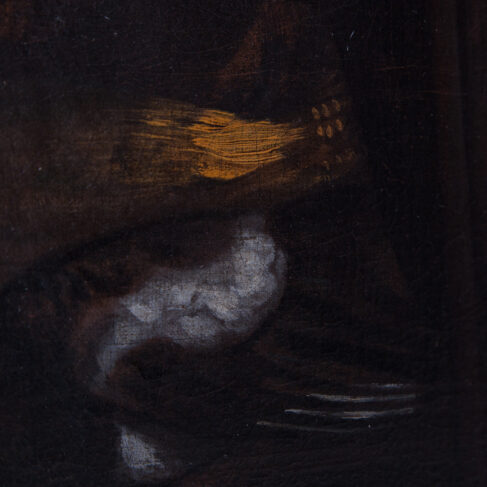 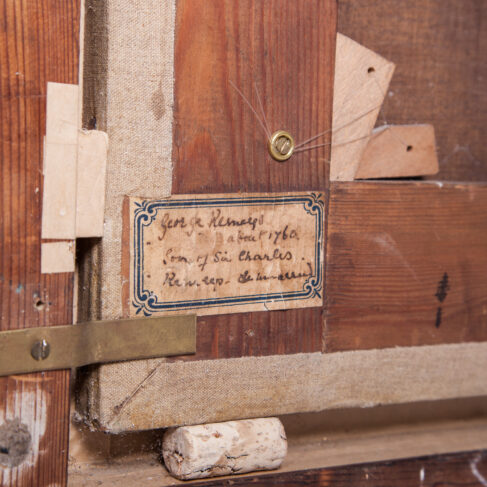 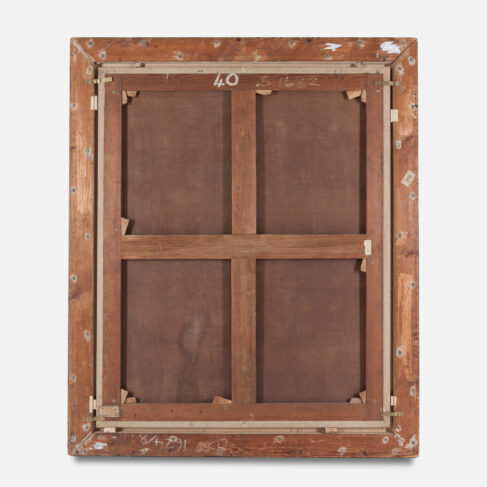 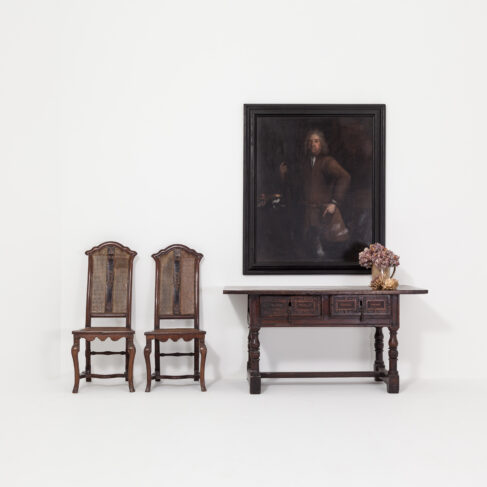 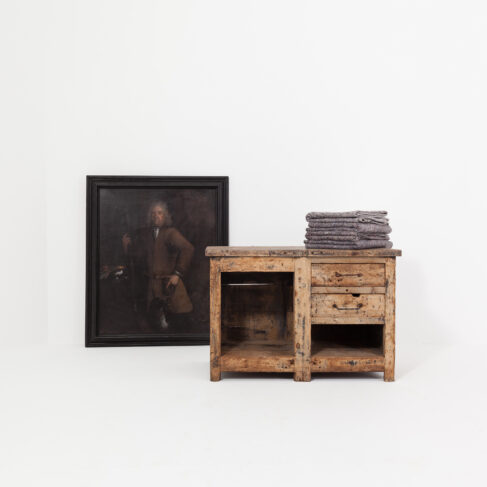 A beautifully executed fine quality oil on canvas painting of George Kemeys with a dog, dated 1760.

The piece is in very good condition and has been relined.

The subject of the painting is George Kemeys, the son of Sir Charles Kemeys, 2nd Baronet. The Kemeys of Monmouthshire, Wales have an interesting history – George’s grandfather, Sir Nicholas Kemeys, 1st Baronet (c. 1593 – 1648) was MP for Monmouth in 1628, High Sheriff of Monmouthshire in 1621 and High Sheriff of Glamorgan in 1638, before being created as the first baronet in 1642 by Charles I. Sir Nicholas died on 25 May 1648, during the English Civil War, defending Chepstow Castle against the Parliamentarian forces.
George’s father, Sir Charles Kemeys, 2nd Baronet (c. 1610 – 1658) was educated at Jesus College, Oxford and at Gray’s Inn. He was knighted in 1643 and succeeded his father to the baronetcy. He was appointed High Sheriff of Glamorgan in 1644. He also took part in the English Civil War on the king’s side, attacking Cardiff in 1646 and defending Pembroke Castle afterwards. When the castle surrendered, he was fined £3,500 (equivalent to £269,753 in 2007) and exiled for two years. He dies in 1658 and was succeeded by his first son, George’s older brother, Sir Charles Kemeys, 3rd Baronet (c. 1651-1701).
Little is known about George himself, we do know he had four siblings including his older brother Sir Charles, he also had three sisters; Mary, Anne and Jane. He is believed to have been born in Hackney, London in 1655 and died in Monmouthshire in 1702.

A beautifully executed fine quality oil on canvas painting of George Kemeys with a dog, dated 1760.

The piece is in very good condition and has been relined.