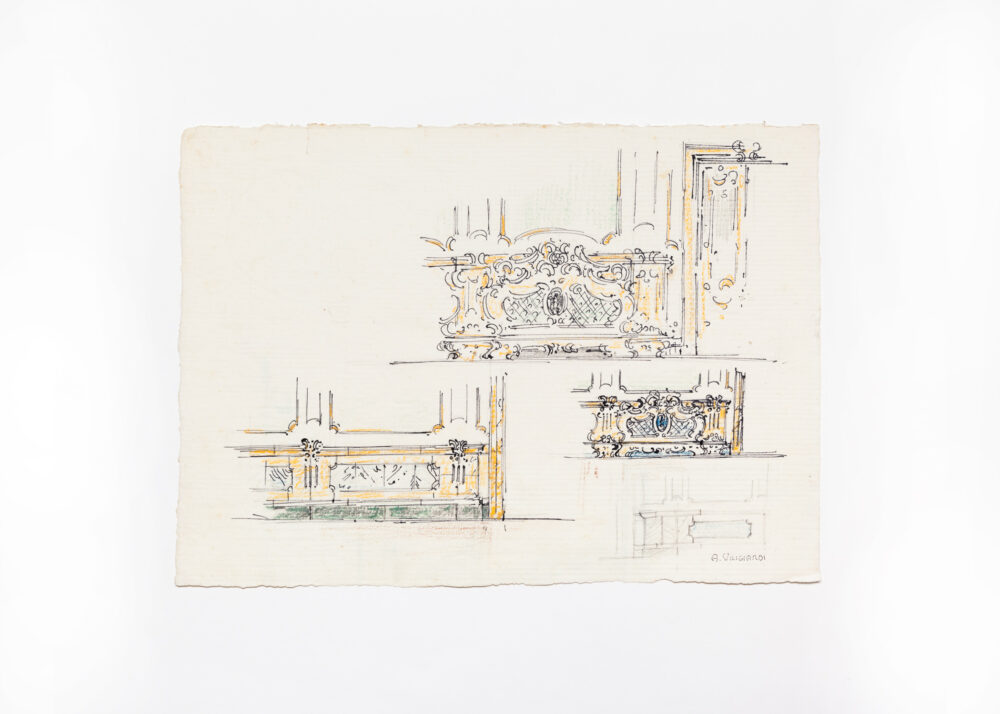 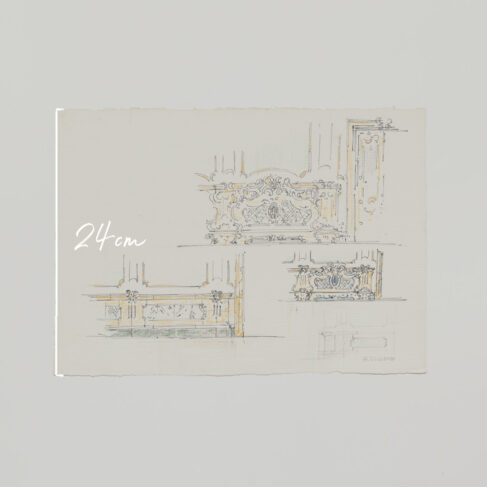 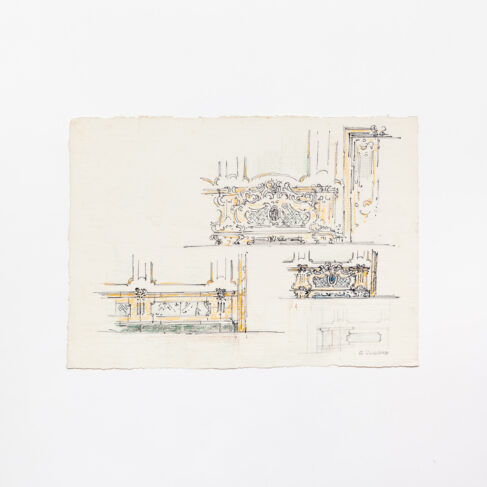 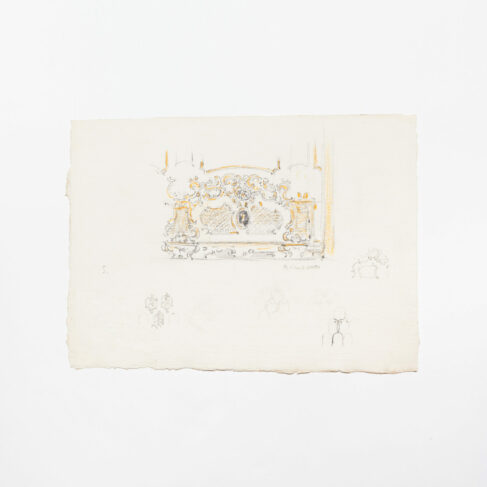 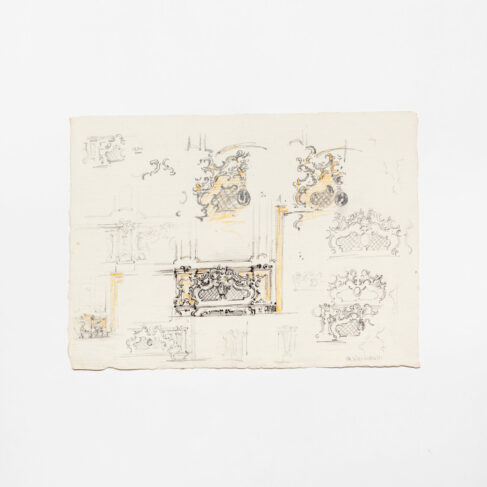 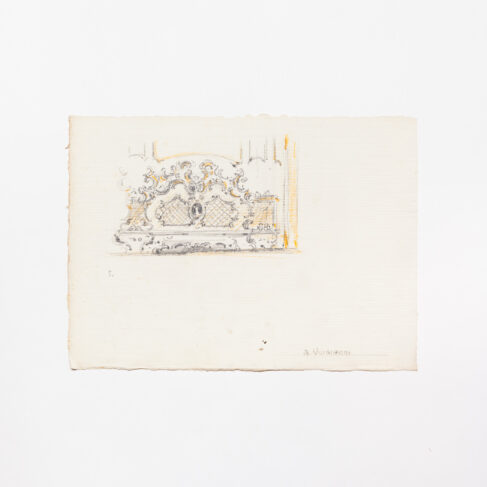 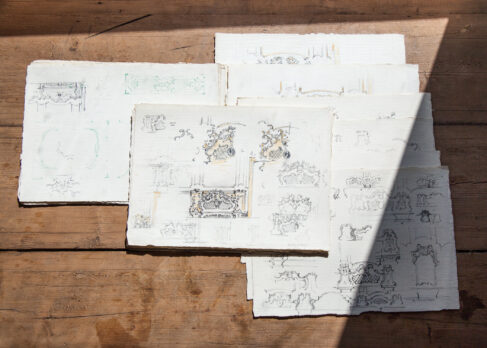 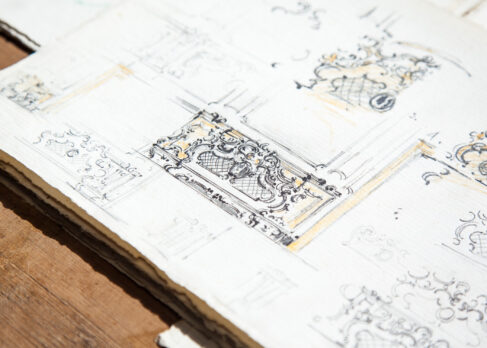 These sketches are all of architectural elements and furniture design. One of the sketches is dates ‘31.10.14’ which would suggest they were all drawn around this period.

We have a large collection of these available, please click here for more options.

Viligiardi was born in Siena in 1869. He attended the school of sculpture “La Stella” from 1878-9 under Giovanni Dupré. Shortly after this he studied art, ornate painting and architecture under Luigi Mussini, Giorgio Bandini and Giuseppe Partin at the Accademia di Belle Arti of Siena.

During his early period, until around 1895, Viligiardi won many awards in art contests with paintings of historical and mythological subjects, among them were the Arrest of Conrad of Swabia (1888) and Samson Prisoner (1891). This work earned him a four-year grant from the Ministry of Education.

From 1909 he taught decoration and interior design in the Siena High School of Architecture and worked for nearly a decade on architectural restorations in Siena. One of his working sites was the palace of the count Guidi Chigi-Saracini.

In 1932 he was elected as a member of the advisory committee for the city of Siena and he realised many projects such as the building renovation of the historic center and the quarter of the artists in Follonica valley.

Siena was very important to Viligiardi. He also worked as an illustrator, for books like Dante in Siena (Siena, Tipografia Lazzeri, 1921) published to mark the centenary of Dante and he made the celebratory poster for the Palio of Siena on August 16 in 1898. He designed the costumes for his district, La Tartuca, and wrote essays on “Rassegna d’Arte Senese”.

Some of his most important works were the decoration of the San Zanobi tribune in the Florence cathedral (1905) and the recovery of the medieval works in Chigi-Saracini palace in Siena (1905) where he decorated the interior in 1922. In Rome he worked as an architect and a decorator with Cesare Maccari in the Senate (1882-1888) and between 1926 and 1927 in the church of Sant’Anna. He decorated the platforms in the Orvieto cathedral and the dome of Loreto Sanctuary (1888-1895). In Naples he worked in the villa of Prince d’Ambro (1883-1884). His most important religious works were the Temptation of St. Catherine (International Exhibition of Rome, 1904) and the marble bust of the saint for the Pincio in Rome (1928).

These sketches are all of architectural elements and furniture design. One of the sketches is dates ‘31.10.14’ which would suggest they were all drawn around this period.

We have a large collection of these available, please click here for more options.