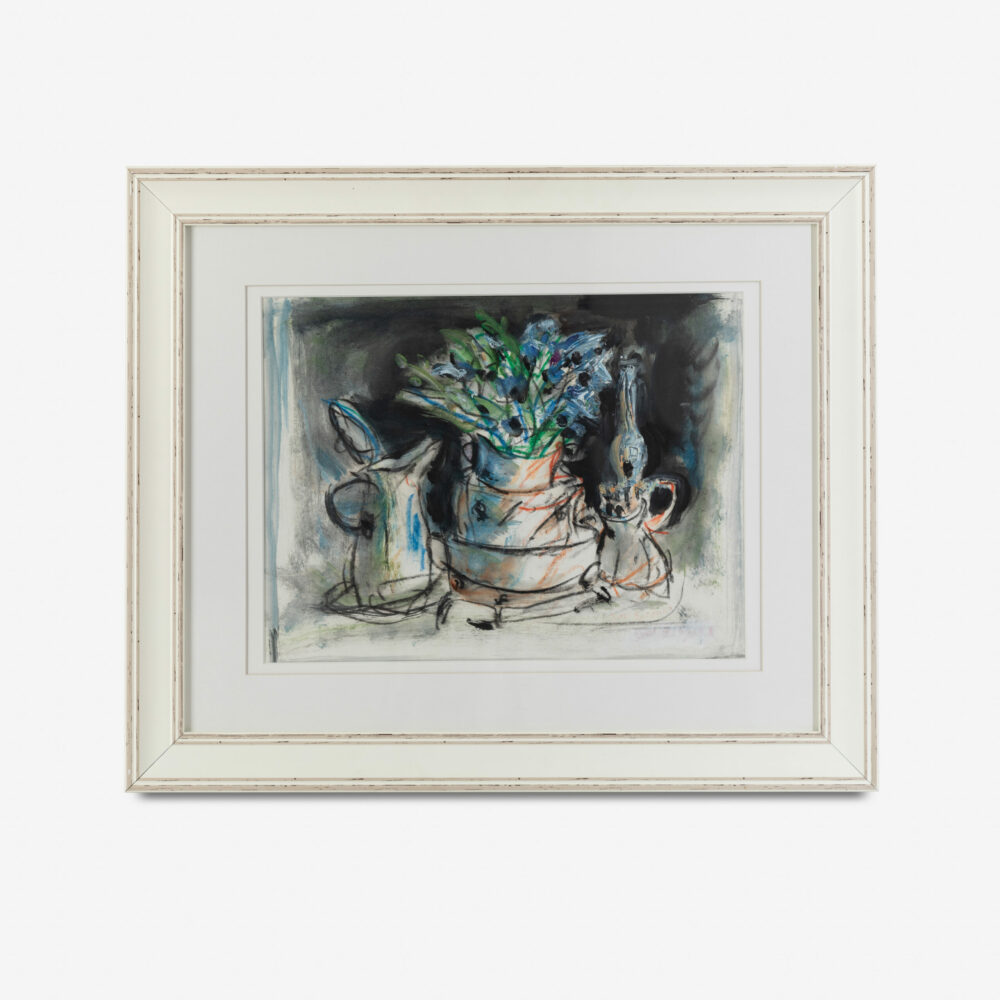 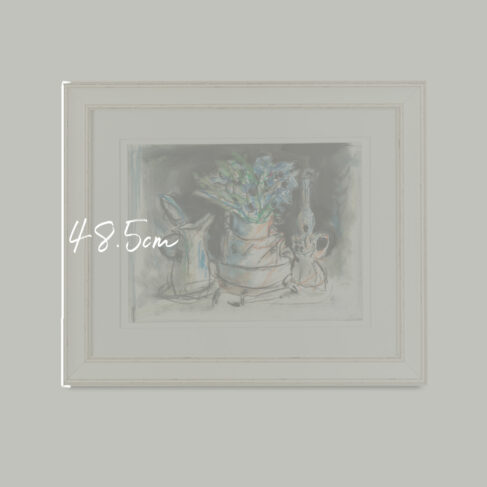 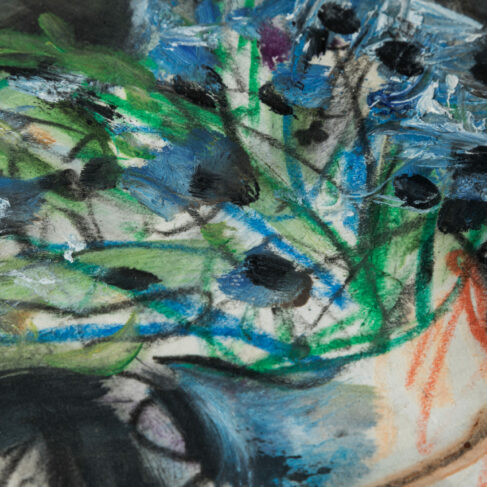 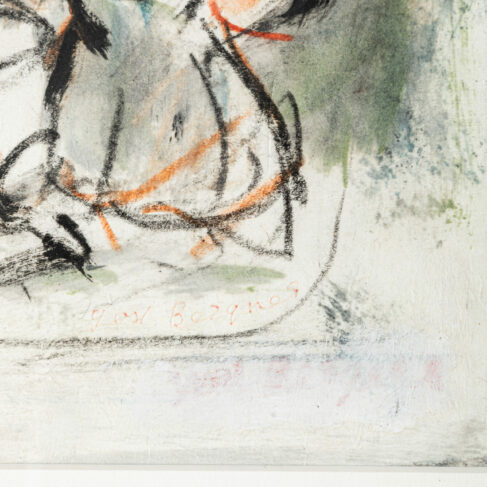 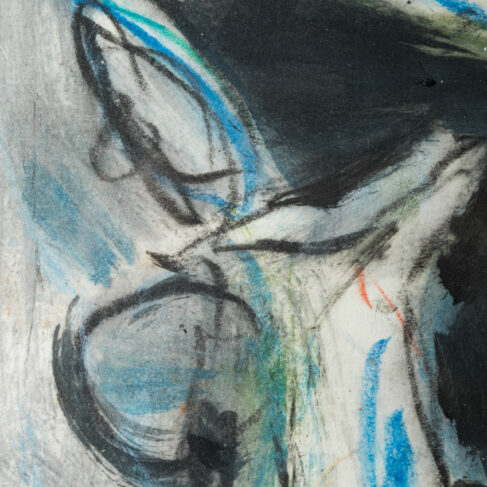 Yosl Bergner, born in 1920 in Vienna, was the son of the Yiddish poet, Melech Ravitch. In 1937 he immigrated to Australia, where he studied painting at the National Gallery Art School, Melbourne during this time he painted images which were essentially autobiographical, views of a dark, bleak urban environments, inhabited by lonely and dispossessed people, works which inspired many young Melbourne artists during the 1940s. At the outbreak of WWII he served for four and a half years in the Australian Army, after this period he returned to the National Gallery Art School and continued his studies.

He left Australia in 1948 and after two years of traveling and exhibiting, he settled in Israel. He lived in Safed until moving to Tel Aviv in 1957 with his wife, the artist Audrey Bergner.

Bergner’s work included designing scenery and costumes for the Yiddish and Hebrew theatres and illustrating many books. The pinnacle of Bergner’s paintings are his allegorical works; he uses kitchen tools such as squashed pots, oil lamps, wrecks and cracked jugs and he anthropomorphises them. These old instruments symbolise distorted and poor world of wars, secrets and darkness.

He participated in numerous exhibitions in Melbourne, Paris, Tel-Aviv, New York, Montreal and in the Venice Biennale and the Sao Paulo Biennale.