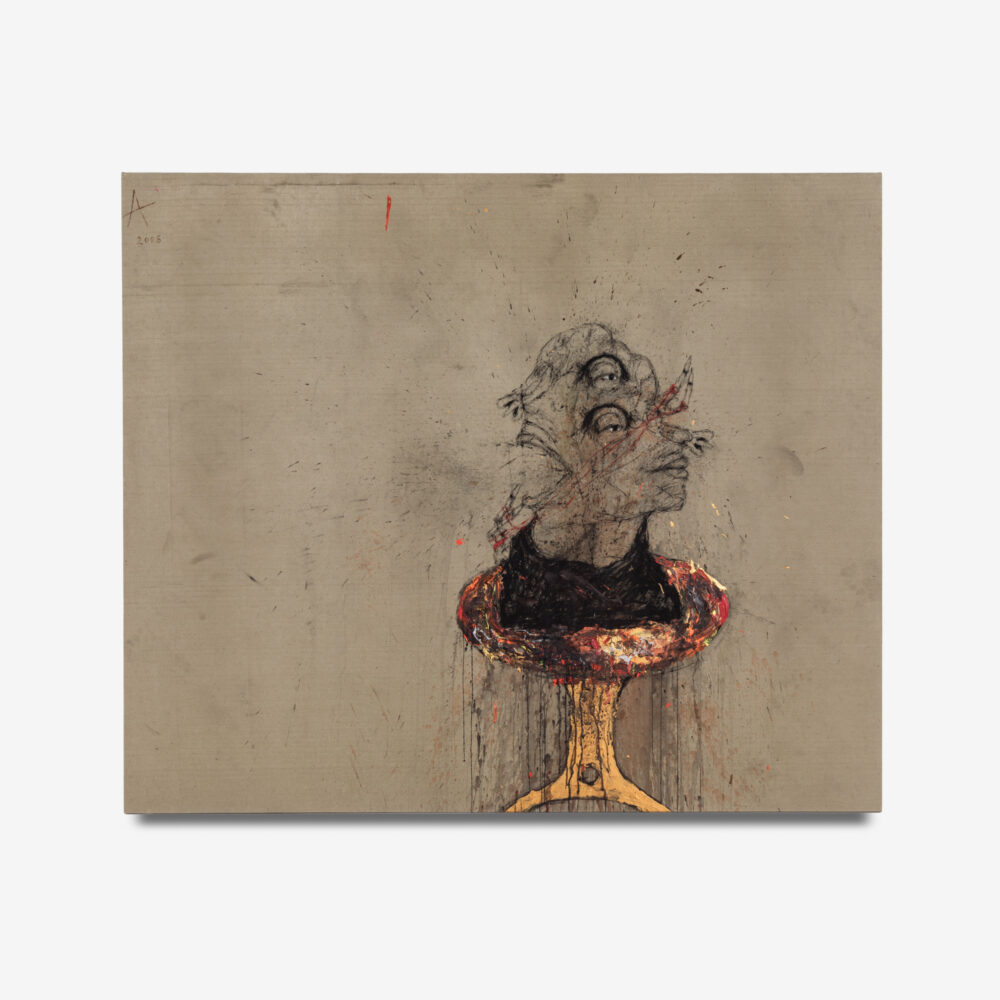 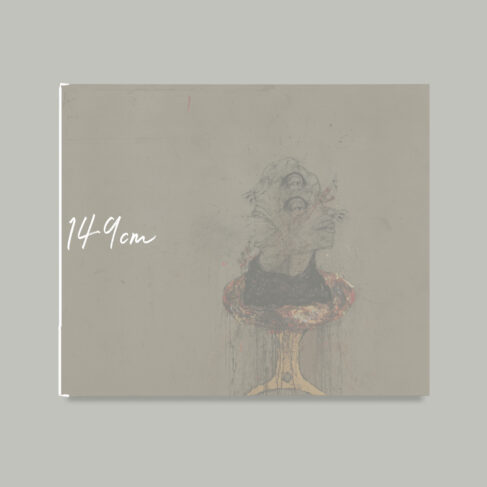 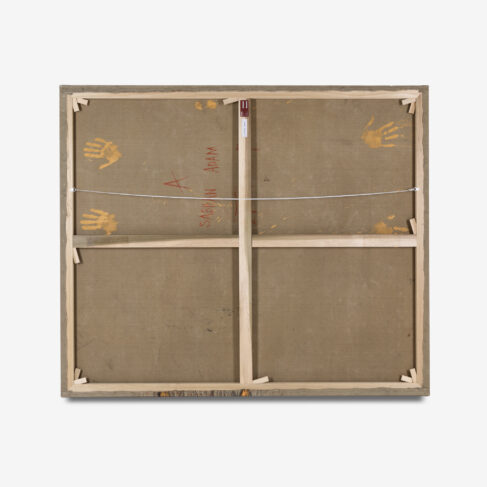 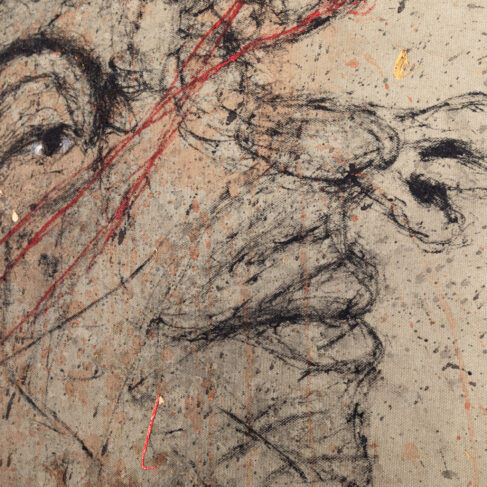 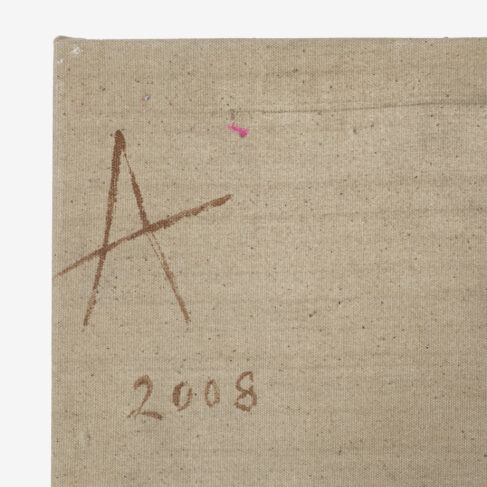 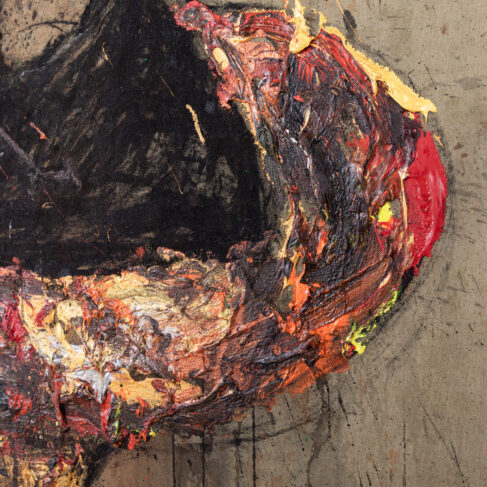 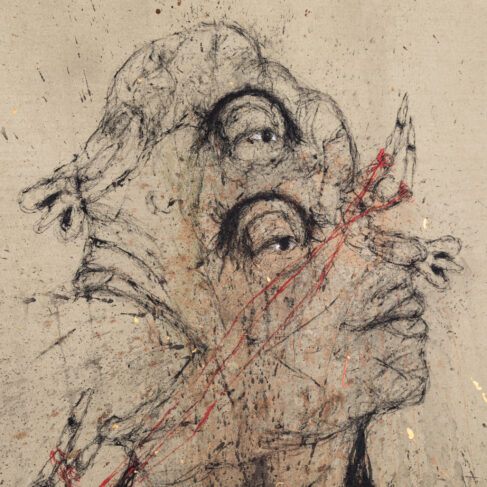 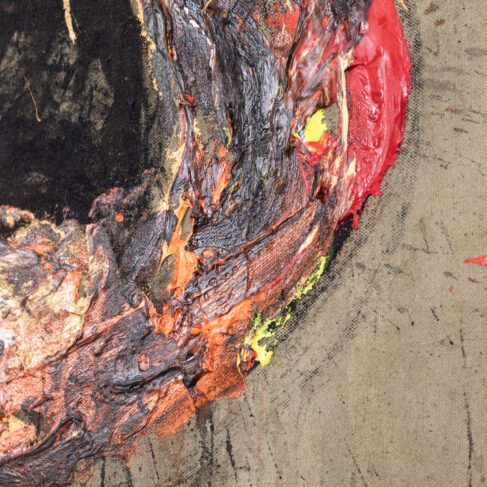 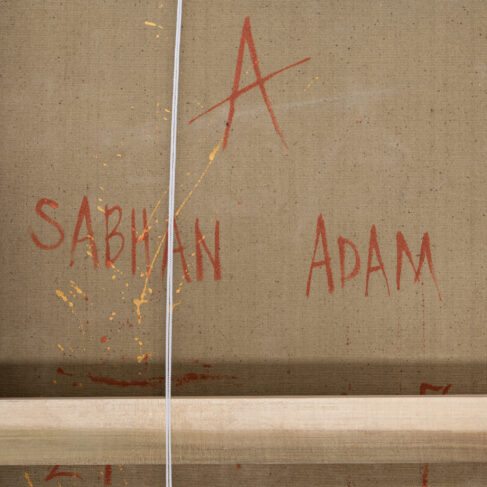 Large and dramatic mixed media on canvas by Sabhan Adam. (b.1972) Signed and dated 2008

Born in Hassaka, Syria, Sabhan Adam (1972) is a self-taught artist who creates works in relative isolation from the art world. A prolific artist, he has built up his career in both traditional and independent ways through exhibiting with galleries but also independently marketing and self-funding work and publications.

Reflecting his outsider artist temperament, Sabhan says that his work is ultimately influenced by his experiences and that “knowledge comes from the truth, not through being influenced by someone’s work.” He emphasises that his human creations are attached to the “pain, fear and phobia which our society constantly suffers from.” Ruminating on his own suffering, he writes: “I like people and I love nature but when there is so much pain inside of you and around you it’s impossible to draw just birds and flowers.”

Adam’s work is known for its Orwellian nature. He challenges the mainstream notions of beauty and ugliness by painting elaborate portraits of misshapen creatures draped in metallic, sequinned attire. Because he sets the creatures he paints against plain backgrounds, they appear to jump out of the canvas. His art is introspective and breaks from the norm of most Middle Eastern portraiture, which concentrates on idealising subjects. Adam, by contrast, conveys the unsightly adorned in finery, causing viewers to question their own perceptions of beauty.

Adam has exhibited his paintings worldwide at institutions such as the Uffizi Gallery, the Institut du Monde Arabe in Paris and the Venice Biennale. His work has been acquired by the British Museum, Jalanbo Collection, Barjeel Art Foundation, and is in many private collections.

Large and dramatic mixed media on canvas by Sabhan Adam. (b.1972) Signed and dated 2008